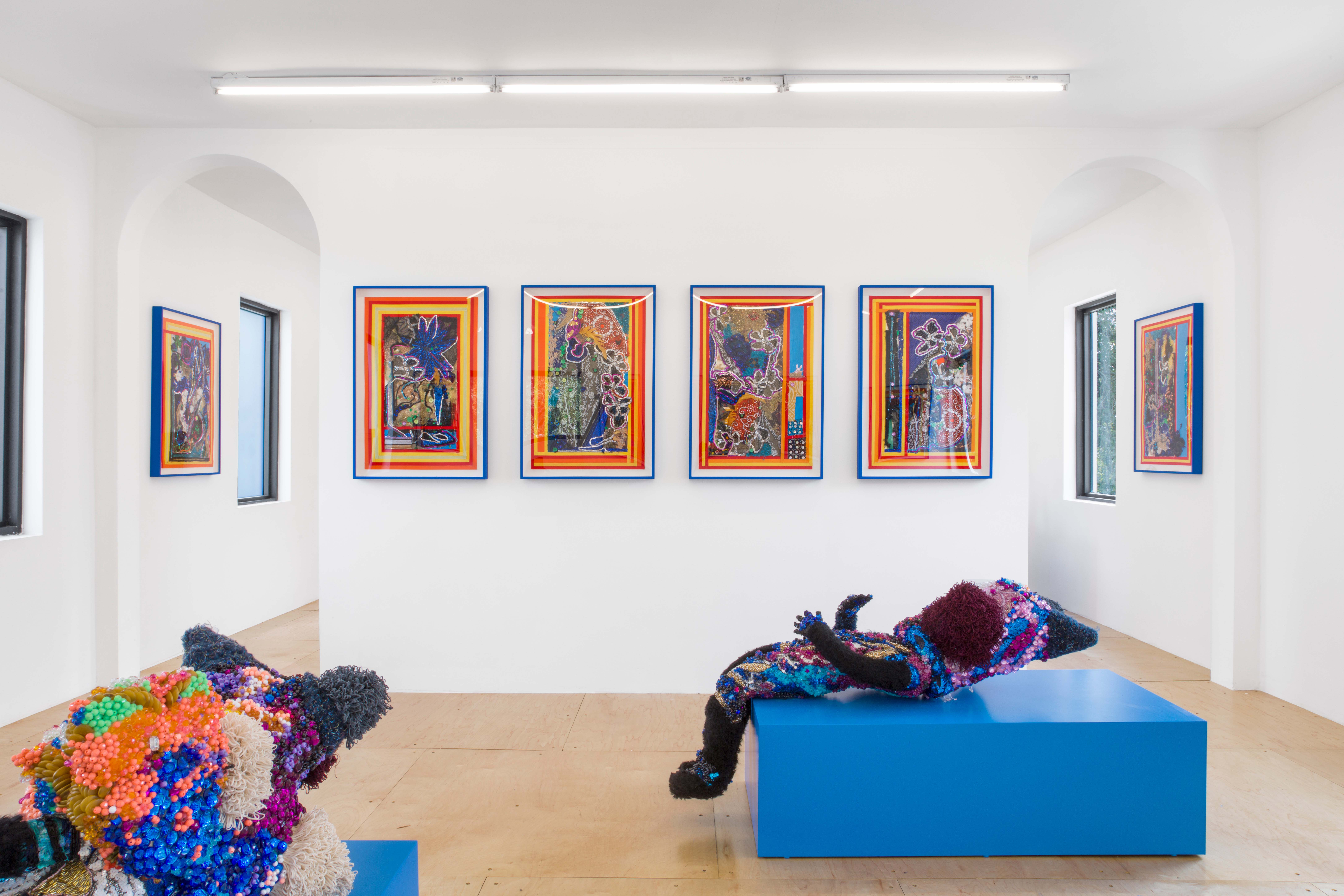 Raúl de Nieves (b. 1984, Michoacan, Mexico) is a multimedia artist, performer, and musician, whose wide-ranging practice investigates notions of beauty and transformation. De Nieves’ visual symbolism draws on both classical Catholic and Mexican vernacular motifs to create his own unique mythology that often challenges and explores themes of sexuality, the human body, and individual and public histories. Having learned traditional Latin American sewing and beadwork at school and alongside family members, his work pays tribute to and invents upon traditional forms. Through processes of accumulation and adornment, the artist transforms readily available materials into spectacular objects, which he then integrates into immersive narrative environments.